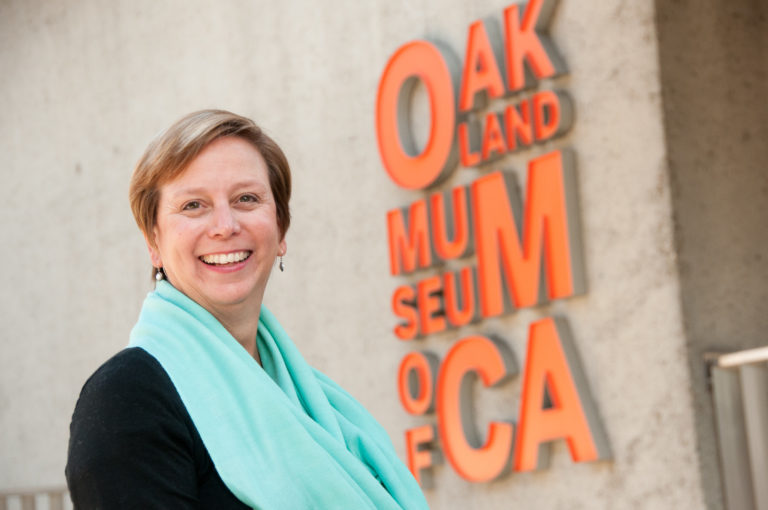 Lori Fogarty is the Director and CEO of the Oakland Museum of California, a multidisciplinary museum that brings together collections of art, history and natural sciences to tell the extraordinary stories of California and its people.  Since 2006, Lori has worked to oversee and guide all Museum programmatic and administrative operations and has transitioned OMCA from a public/private cultural institution supported by the City of Oakland and the Oakland Museum of California Foundation to an independent non-profit organization with an innovative new organizational structure.  Lori also led the Museum’s $63 million “Museum of California” campaign and building renovation project, which has included the reinstallation of 90,000 square feet of gallery space as well as the first major enhancement to the Museum’s landmark building.  She is currently leading the “All In: Campaign for OMCA,” an $85 million comprehensive campaign to support programs and operations, endowment and investment fund growth, and capital improvements to the Museum’s seven-acre campus.

Lori has spearheaded OMCA’s efforts to place the visitor at the center of the Museum experience and to focus the institution’s efforts around community engagement and social impact.  She received major recognition in the museum and non-profit field as the recipient of the John Cotton Dana Award for Leadership from the American Alliance of Museums and the Hank Russo Outstanding Fundraising Professional award from the Association of Fundraising Professionals.  Prior to her current position, Lori was executive director of the Bay Area Discovery Museum and was senior deputy director of the San Francisco Museum of Modern Art.  Lori is on the Board of the Association of Art Museum Directors.