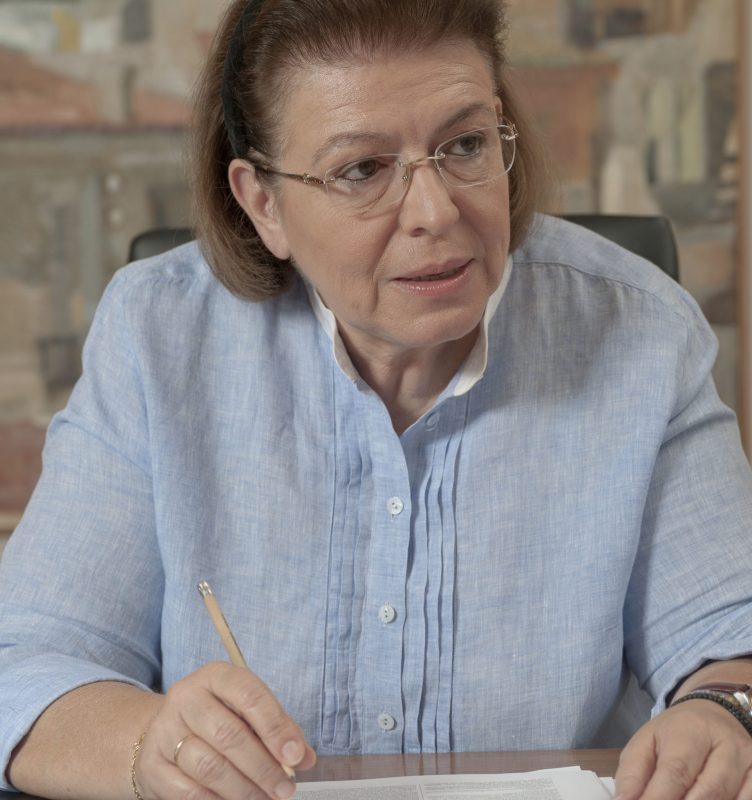 Lina G. Mendoni was born in Athens. She graduated from the Arsakeion School in Psychiko, and acquired Bachelor’s degrees in Classical Philology and History and Archaeology at the University of Athens. In 1987, she attended a pre-doctoral course at Maison de l’Orient in Lyon as a C.N.R.S. scholar, and in 1988 she was awarded her PhD in Archaeology cum laude by the University of Athens. In the same year, she also received a scholarship from the British Archaeological School at Athens for a post-doctoral study on ancient Greek onomastics in Oxford. In 1989, she became a member of the research staff at the Institute of Greek and Roman Antiquity (now Institute of Historical Research) of the National Hellenic Research Foundation, where she still serves as a Principal Researcher.

Lina Mendoni is a member of several domestic and foreign academic organizations, societies and unions. She is also a leader or member of scientific committees in the context of European and international research programs. Her academic interests include ancient Greek epigraphy, history and topography, the study of landscape as a cultural good, the protection, promotion and management of cultural heritage, the theory and politics of Culture. She is the author of monographs and numerous articles published in international scientific journals, conference proceedings and collective volumes. She has also co-edited five collective volumes. She served as a Special Scientific Advisor to the Hellenic Ministry of Environment, Planning and Public Works from 1994 to 1997, and to the Hellenic Ministry for the Aegean from 1997 to 1999.